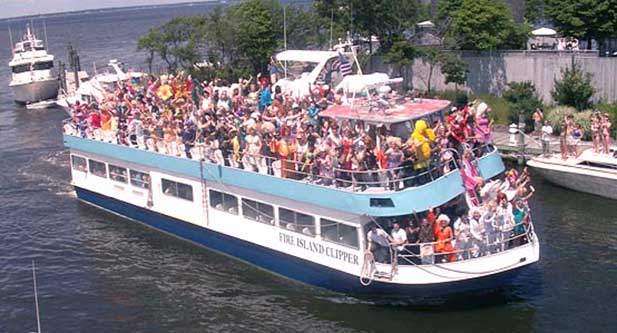 Fire Island is a thin barrier island off the southern shore of Long Island, along the Atlantic Ocean. It is known for its protected beaches and seasonal resort communities. Robert Moses State Park, on the West, offers picnic areas, golf and access to the iconic 19th-century Fire Island Lighthouse.

Smith Point County Park is on the East end and in the middle are seventeen communities that are car-free, and are primarily residential, with a few shops and nightlife.

The 32-mile-long strip of sand has about 4,000 homes on it, and a year-round population of about 400 residents that grows to an estimated 27,000 during summer months.

Some of the villages are only accessible by ferry. Covered by boardwalk paths, these communities are home to classic cottages, contemporary mansions and a handful of hotels and commercial areas. Dominating the center of the island, Fire Island National Seashore is home to dunes, wetlands and the Sunken Forest, where you’ll find centuries-old holly trees. Additionally, there are campgrounds at Smith Point County Park.

There are many recreational things to do on the island, including lifeguard-supervised swimming in Sailors Haven, Watch Hill, Davis Park and Atlantique. The bar and nightclub scene in Ocean Beach and Kismet draws crowds of young professionals, while Cherry Grove and the Pines continually thrive with a vibrant and affluent LGBTQ community.